The president is taking on the role of consoler in chief. He's in Dayton, Ohio, this morning where a mass shooting there left nine people dead. And then he is travelling here to a community grieving the loss of 22 people killed in a shooting at a Walmart on Saturday morning. Mallory Falk reports from member station KERA, and she is with me. Hi, Mallory.

GREENE: So this visit, you have some leaders here in Texas who are pushing back against the president even coming. Talk to us about why that is.

FALK: That's because some local leaders here and residents as well believe that the president bears some responsibility for what happened on Saturday for this targeted attack on a city that's more than 80% Hispanic. Democratic Congresswoman Veronica Escobar expressed her frustration on MSNBC.

VERONICA ESCOBAR: Words have consequences, and the president has made my community and my people the enemy. He has told the country that we are people to be feared, people to be hated.

GREENE: You know, Mallory, it's whatever people here feel about this visit. I mean, we've been reporting here in the city all week. And one thing we keep hearing is that people are just focused on trying to recover and mourning and grieving. I mean, when you're out there speaking to people in the community, do they share the congresswoman's sentiments?

FALK: Many people do share those sentiments, and it is true that people are focused on taking care of each other, supporting each other in their pain and their grief. There's a makeshift memorial that's formed near the Walmart. And we met a mother there named Clarissa Hernandez (ph) and her 11-year-old son, Ezra (ph). And they're sort of stationed at the memorial offering whatever kindness they can. One day, they were giving out water, and yesterday, they were giving out hugs. And Hernandez says she was kind of waiting to see what Trump does when he arrives. And we'll hear from her here.

CLARISSA HERNANDEZ: I know that El Paso has a lot of mixed emotions about him coming. All I can say and think and hope for is that he does something to move the country in a positive direction.

FALK: But there are also people here who are fiercely opposed to Trump's visit. In fact, more than 20,000 people have signed on to an open letter telling the president to stay away from El Paso. They believe that the dehumanizing language Trump has used to describe immigrants and the border made this city a target and helped propel the alleged gunman to drive 10-plus hours to attack this border community. Fernando Garcia directs the Border Network for Human Rights, a local immigrant advocacy group. And he had this to say.

FERNANDO GARCIA: Words matter. And with this hate and vitriol that's coming from the highest office, from the White House, from the president of the United States, he's not welcome until he repents, until he asks for forgiveness, until he change his language and his rhetoric towards immigrants.

GREENE: All right. So a lot of emotions around this visit. Mallory, what are you looking for as this day plays out?

FALK: Well, Fernando Garcia, who we just heard from, is helping organize a large community gathering in a local park. It's timed to coincide with Trump's visit. And it's meant to showcase just how beautiful and welcoming and special this community is but also to denounce the language and policies that many people here say have harmed this community even well before Saturday's massacre. And so we're looking to see, you know, the turnout at this event, how the city comes together as the president arrives in town.

GREENE: Mallory Falk with me here in El Paso. She is based here in the city from member station KERA. Mallory, thanks so much. We appreciate it. 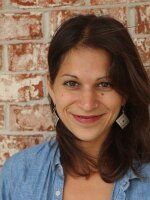