LAS CRUCES -- The play “The Bells of Old Mesilla” celebrated its final night Sunday at the Rio Grande Theater in downtown Las Cruces.

The play was set in Mesilla, a town that was part of Mexico more than 150 years ago, before the U.S. bought it.

The people living there at the time had to cross an international border—even though it was the border that crossed them.

Their struggles are a big part of the play.

“Some of the people didn’t necessarily want to be part of the union or the united states.”

The play’s director, Oscar Perez, experienced some small struggles of his own getting ready for opening night.

“I can’t lie and say that it’s been smooth and everything’s been wonderful. There have been nights where I’ve been pulling my hair out and saying why am I doing this? But that’s pretty typical for a director to have to go through.”

But Oscar wasn’t going it alone. He had some help—from a pretty reliable source—his family.

His son Daniel is a stagehand.

His wife Karen plays piano and their other son will be in the orchestra.

That orchestra wasn’t part of the play the last time it was performed more than 50 years ago, but that’s what the original writer of the play wanted…and even had the first director of the Las Cruces Symphony, Oscar Butler, compose it.

“So I was excited I thought great, I can put a little orchestra together for the show.”

But the original music was lost and the composer is no longer living. So Oscar Perez wrote it himself.

“It may not have the flavor that Oscar Butler did, but I’m doing it in his spirit and hopefully he’ll like it.”

So between the two Oscars, the play now has an orchestration.

The thing is—the Rio Grande Theater doesn’t have an orchestra pit – so Oscar Perez found a place directly behind the stage.

Sometimes you have to shift your expectations. Now, moving an orchestra isn’t quite as hard as having a new country buy up your land, but the theater has some wisdom for all of us.

As Oscar says, “the magic of theater it all comes together in the end.” 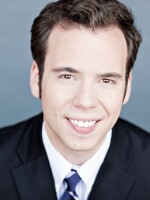