The Alliance for Political Asylum Seekers is kicking off its official status with an event next weekend designed to inform the community about the process of seeking political asylum in the U.S as well as to recruit interested community members in the organization.

The event is a screening of the film “A better Life” which depicts the daily struggle of an immigrant father and his son.

Alliance member Veronica Carmona says she hopes that the sensitive story in the movie will help the community to understand the human plight of immigrants.

Carmona-“ These people ending up here who are professional, but because of lack of English or knowing the legal system they are stuck in the middle of nowhere dealing with their own crisis….There are in a double way impacted.”

Carmona also says they are working to raise funds to help more families impacted by the asylum process, but right now they are focusing on Mexican Journalist Emilio Gutierrez and his son Oscar who have been in the U.S for almost four years seeking final adjudication of the plea for asylum.

For more information about the organization and the event tune in to Fronteras: A Changing America Saturday at 5 on KRWG. 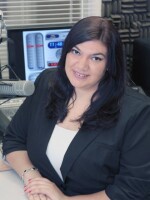