The opioid crisis in New Mexico has caused historically high numbers of overdose deaths and has overwhelmed law enforcement agencies.

But another side effect that we might not consider is the dangerous trash that builds up as a result of opioid use.

Residents of Albuquerque’s International District are trying to rid their parks of used syringes and save the city money by picking up discarded syringes in their neighborhoods.

Enrique Cardiel, of the International District Healthy Communities Coalition, is in charge of the day’s training.

Cardiel said when someone calls the city to report that they’ve seen a syringe, the city sends out trained firefighters and paramedics to take care of it. He said that costs the city $70 per syringe.

“Community health is about community folks being in charge of their community as much as they can be. It’s our park,” he said. “We want to make sure we feel comfortable coming here so we’re gonna be part of making that happen.”

Lewis Casey works for the city of Albuquerque Risk Management, which has him working with the Transit Department.

“[It's like] something’s on fire,” he said. “The needles are the fire and if we don’t do something, we’re gonna burn the house down.” 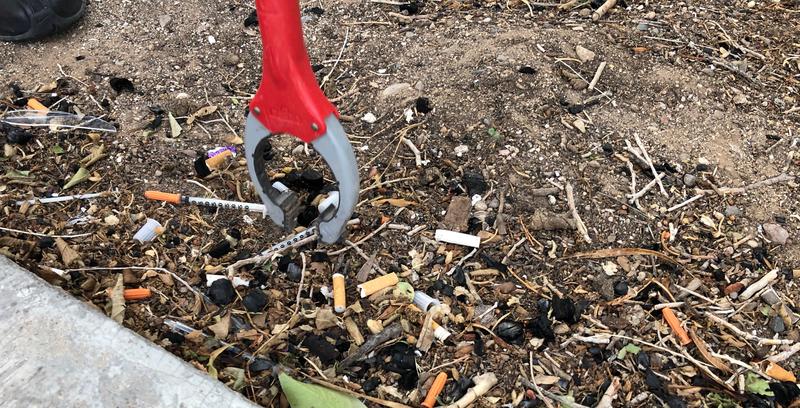 Sarah Ochoa is a community health navigator with UNM, so she’s trained on how to deal with opioids and addiction.

She starts looking for needles under leaves and debris as soon as she gets to Trumbull Park, and heads to a house next to the park.

“This is – this is so – I don’t even know. I’m kind of flabbergasted in a way,” she said. “I’ve never seen so many syringes in one spot.” 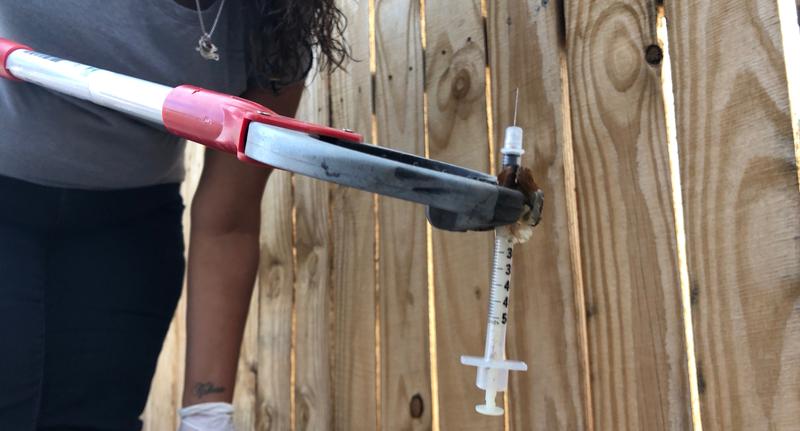 Ochoa says she found more than a dozen needles in just half an hour.

This training wasn’t a rare thing. The International District Healthy Communities Coalition usually arranges these pickup events once a month, and provides everything you’ll need to get the job done.