DEMING, N.M. (AP) — New Mexico State Police are overseeing the investigation of a fatal shooting at a gathering inside a Deming residence.

Investigators say 27-year-old Eduardo Pena and several others tried to rob the people at the home at gunpoint.

An altercation followed and one of the home's occupants shot Pena.

Deming police responded to the scene and had Pena and a woman was also shot taken to a hospital.

SANTA FE, N.M. (AP) — Indigenous Peoples Day is being celebrated for the third consecutive year in the New Mexico capital with prayer, dancing and music throughout the morning and afternoon.

Listen
Listening...
/
5:15
Algernon D'Ammassa with the Las Cruces Sun-News reports on the latest business news. This week: One entrepreneur lands funding at Aggie Shark Tank, Toucan Market stays in business, virtual reality opens at the mall, and a federal fund for local parks and conservation expires.

Peytton Pickett bullied into the end zone from the 1 to pull Liberty (2-3) to 49-41 with five minutes left. The Flames forced New Mexico State (2-4) to punt with 2:10 to play, but then couldn't get the ball past midfield to end it.

Commentary: Republican Party of New Mexico Chairman Ryan Cangiolosi made the following statement after the United States Senate confirmed the nomination of Brett Kavanaugh to the Supreme Court.

“From the beginning it was clear that Judge Kavanaugh’s extensive experience qualified him for nomination to our nation's highest court. It was clear that Democrats would do anything in their power to stop that nomination for reasons that had nothing to do with qualifications and everything to do with partisanship. Sadly, they turned the confirmation process into a national disgrace. Sen. Tom Udall and Sen. Martin Heinrich made the process worse with their extreme partisanship instead of standing with New Mexicans and supporting a qualified nominee."

"Fortunately the Democrats' efforts were in vain. Today the Senate approved the nomination of a highly qualified constitutionalist who will serve the court and our country with distinction. We congratulate Justice Kavanaugh on his confirmation to the Supreme Court."

Commentary: Today, U.S. Senator Tom Udall (D-N.M.) cast his vote against the confirmation of Judge Brett Kavanaugh to serve as an associate justice of the Supreme Court. Kavanaugh was confirmed by a final vote of 50 to 48.

This week, Udall took to the Senate floor to outline his opposition to Judge Kavanaugh’s nomination. He also submitted an additional statement to the Congressional Record about why he believes Kavanaugh should not be elevated to the Supreme Court. Udall’s floor speech can be viewed HERE and his statement for the record can be read HERE.

Commentary: Today, U.S. Senator Martin Heinrich (D-N.M.) issued the following statement after voting against the confirmation of Judge Brett Kavanaugh to serve on the Supreme Court. Senator Heinrich spoke in opposition to Judge Kavanaugh in a speech delivered on the Senate Floor on Thursday.

“By making nominations to the highest court--perhaps the most consequential votes we take as senators--subject to only a simple-majority vote, Republicans rigged the system to made it possible for the most extreme nominees to make it to the bench. The United States Senate was intended by the Founders to be the methodical answer to the fiery passions of the day, not an amplifier of them. And I fear this broken system will create potentially disastrous consequences for the health of our democracy.

“I voted against confirming Judge Kavanaugh based not only on the substance of his views and the broken process being used to rush his nomination through the Senate on a partisan basis, but also because I have serious doubts about his credibility and truthfulness.”

Tuesday is last day to register to vote in November election

Voters can register in person at county clerks' offices and certain other locations or online through the Secretary of State's voter information portal.

Philippe Quint’s childhood dreams were to become a world-class chess player, soccer star, or perhaps a cosmonaut (he was born in what was then Leningrad, Russia) not necessarily a professional violinist. But at 13 – he began playing at the age of four – he went to Moscow to study at a school for talented young musicians, and there he found “the perfect ground” to develop his craft and a path to a musical career.

In those first few crucial moments of a fire, having a plan is important. While you may feel safe about being in your home, it’s the place where most people are at the greatest risk of fire. Four out of five U.S. fire deaths occur at home according to NFPA statistics.

Rubel: Higher Education Funding Should Be Restored With Plan For Entire System

Listen
Listening...
/
3:12
Commentator Walt Rubel says that with oil and gas revenues up, New Mexico lawmakers should restore funding to higher education system and take a more comprehensive look to develop a plan for the entire system in the state.

Commentary: New Mexico voters have an unprecedented chance to send an important message this November that New Mexico takes corruption seriously and will hold government officials, candidates, and contractors accountable when they cross ethical boundaries and violate the law.  As former statewide elected officials, we wince every time we see the state tarnished by poor national rankings for good government and ethics, and worry that the perception of corruption is costing us business and opportunities, discouraging civic participation and decreasing voter turnout.  New Mexico is one of only six states that does not have a statewide ethics commission.

Commentary: The 2018 National Drive Electric Week (#NDEW2018) took place during September 8-16, 2018. There were 322 events in various cities in the USA and Canada. Las Cruces was on the map of events, with a workshop held at the Southwest Environmental Center. September 8, 2018, was the day chosen for that event, because it coincided with nationwide actions in preparation for the Global Climate Action Summit (#GCAS2018) on September 12-14, 2018 in San Francisco, CA.

Examining The Replacement For NAFTA

Commentary: And then there were three again. On September 30, Canada and the U.S. announced that they had come to an agreement on the renegotiation of the North American Free Trade Agreement (NAFTA). On August 27, the U.S. and Mexico announced that they had come to terms on their end of the renegotiations, and it was feared that Canada would not join, thereby rendering NAFTA a two-nation agreement. The U.S. and Mexico agreed on a renewable 16-year agreement that will be reviewed in six-year increments. North American content in vehicles produced in the NAFTA region was raised from 62.5 percent to 75 percent. The agreed-upon points also include a provision that 45 percent of the content of pickup trucks and 40 percent of the content of light trucks would be built by employees earning more than $16 per hour.

Warning: Kavanaugh Confirmation Just One Symptom Of A Deep Crisis

Commentary:  In 1946, after 14 years of Democratic control of both the Executive and Legislative branches of the federal government, Republicans campaigned on the two-word slogan “had enough?”  Over seventy years later, the slogan seems odd because it came after Democratic government led the recovery from the Republican-induced Great Depression and achieved victory on two fronts, Europe and Asia, in the Second World War.  But the Greatest Generation got tired of sacrifices for the good of the country.  Republicans succeeded in winning control of Congress for the next two years, 1947-1949. 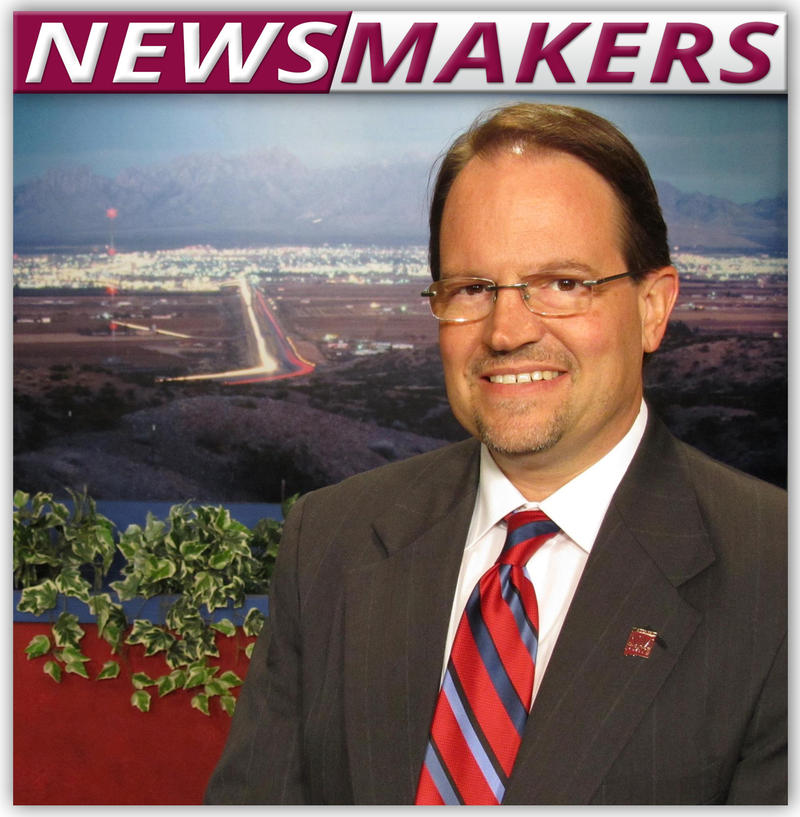 Newsmakers
Watch the region's in-depth television news Thursday at 7pm, Saturday at 5pm and Sunday at 11am on KRWG-TV. E-mail your story and interview ideas to feedback@nmsu.edu 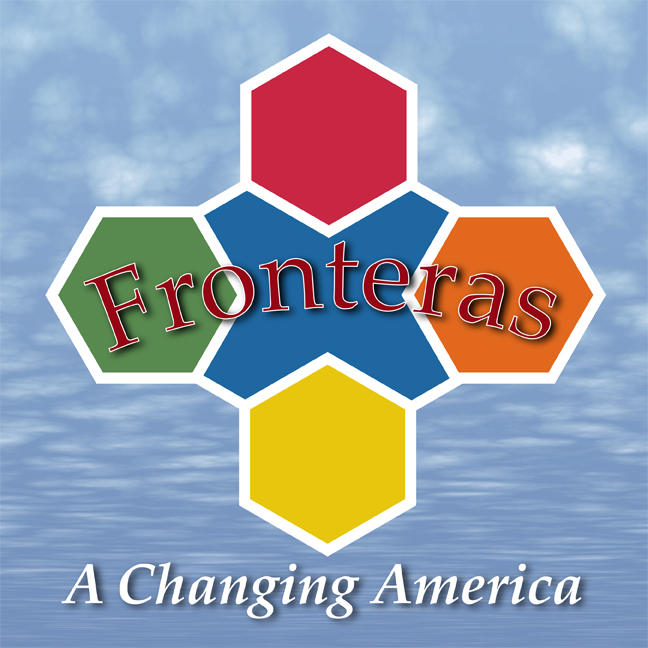 Fronteras-A Changing America
The people and issues in our growing border communities.  Watch Fronteras Thursday at 7:30pm, Saturday at 5:30pm, and Sunday at 11:30am on KRWG-TV. 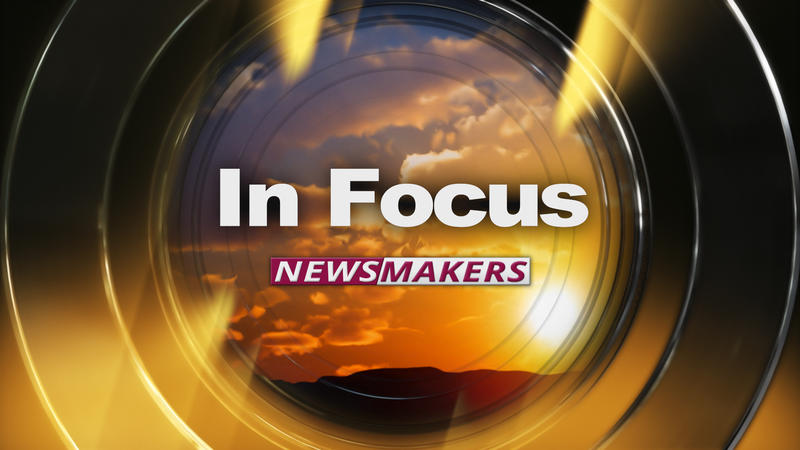 In Focus
Join Anthony Moreno as he puts the region's most important issues "In Focus" for KRWG Public Media.

"What We Love" Border Artists Benefit For KRWG Public Media